Yesterday I joined the National Trust again.  We used to be members but cancelled our subscription over a year ago.  Now, however, Claire has joined with the girls and my sister, Norma, and her daughter-in-law, Emma are also members.  I'm hoping this will encourage me to get out and do things at the weekends instead of them being spent on housework! 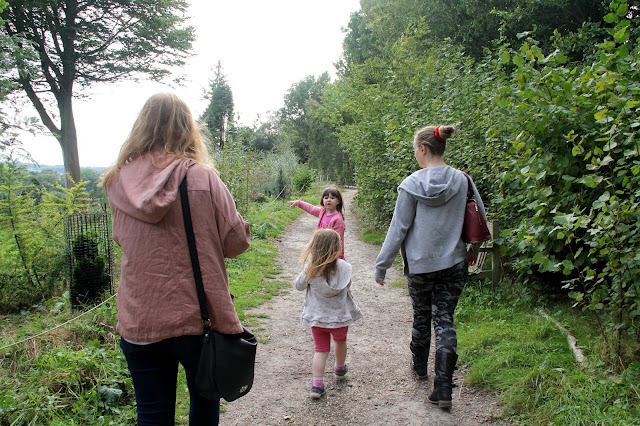 We have a number of National Trust properties in the area but started by going to Standen yesterday.  Alice and Megan weren't sure what to expect so we told them we were going on an adventure and hopefully we would find the children's play area. 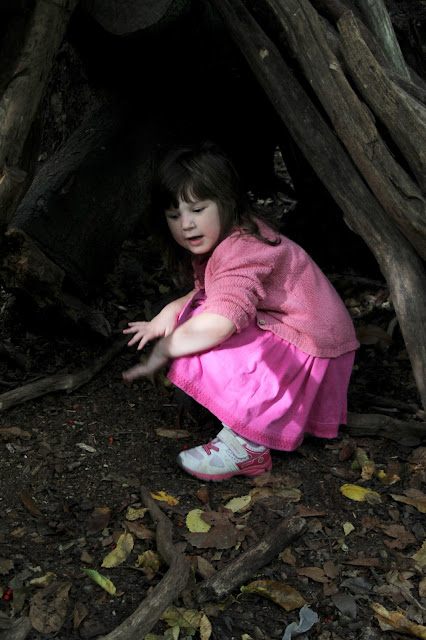 The play area was not like a modern day park but rather a home  made play area with platforms around trees, stakes in the ground maze and an enclosure with the boundary made of branches.  In the above photo, Alice had found a little hidey hole made with branches and when she climbed inside it, she thought perhaps it was somewhere a little deer could shelter - then she flew out again and said "I hope there're no spiders in there! I don't like spiders!!!" 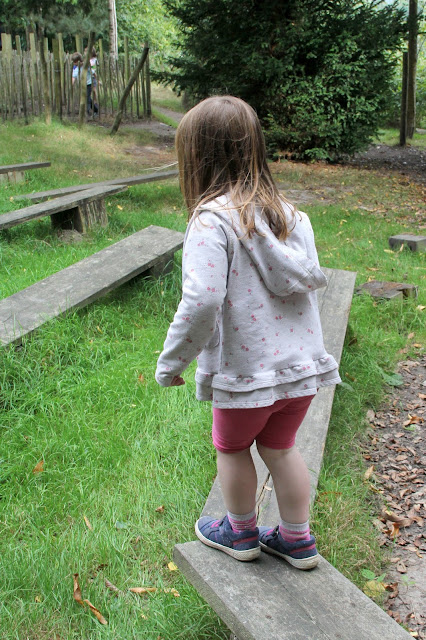 Megan had fun walking along the wooden planks and jumping from one to another.  She's definitely our more adventurous one :) 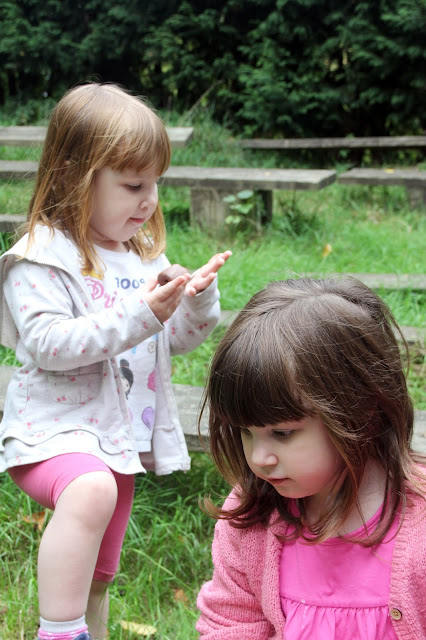 After our walk and playing in the play area, we sat down to have an afternoon snack.  Claire and I had taken little treats for the girls and we sat on the planks to eat them. 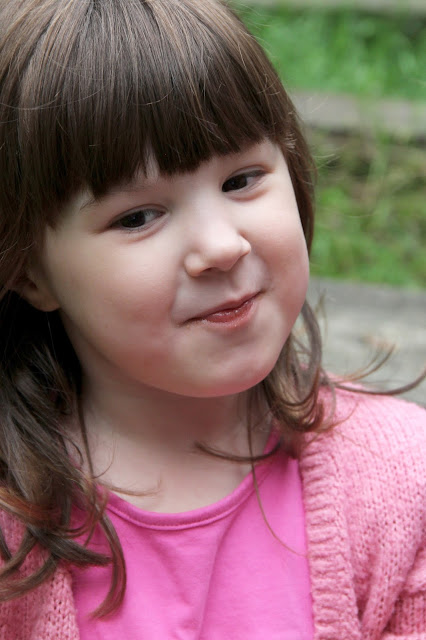 Not long now until Alice turns 6! Where do the years go? 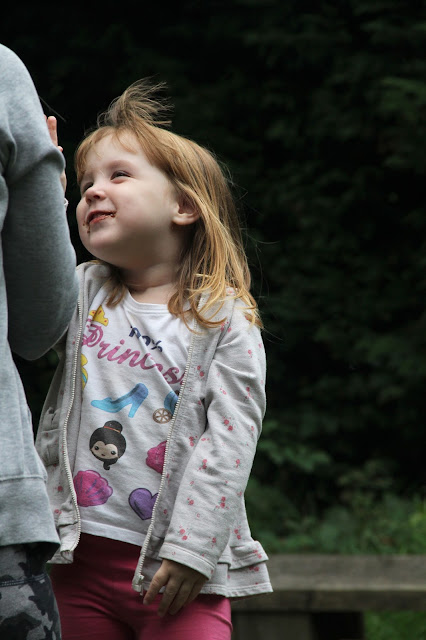 Mischief should have been Megan's middle name.  Claire wanted a photo of "dirty" for her photo prompt yesterday and Megs face was put to good use. 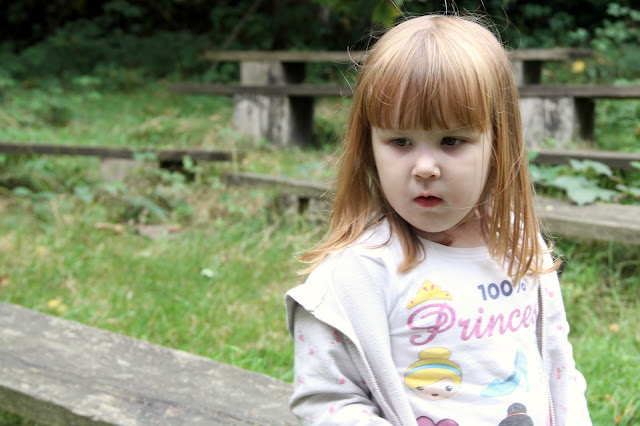 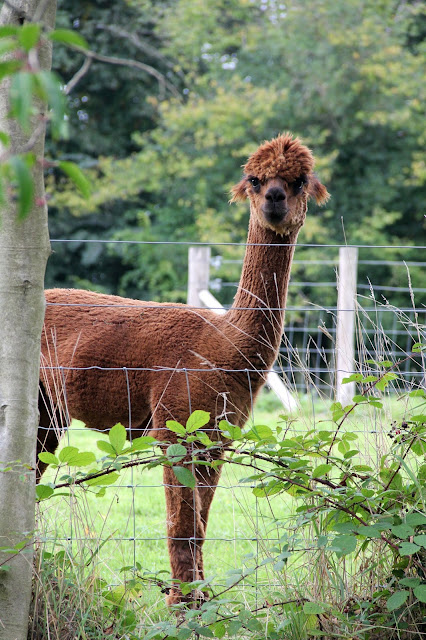 We  got to see some Alpacas in the top field - this one was my favourite. 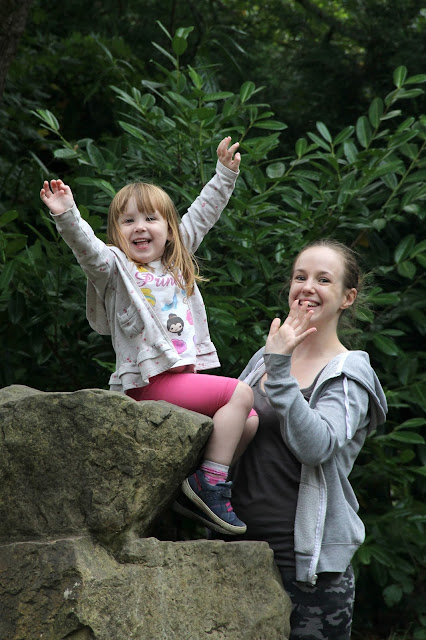 Megan was Queen of the Stones! 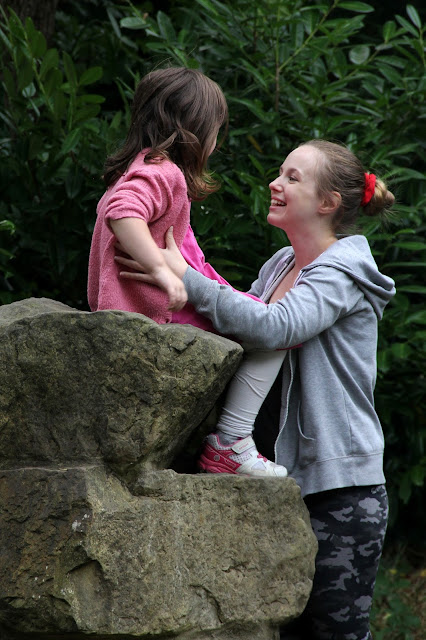 Alice was a little less sure of being on top but she made it! 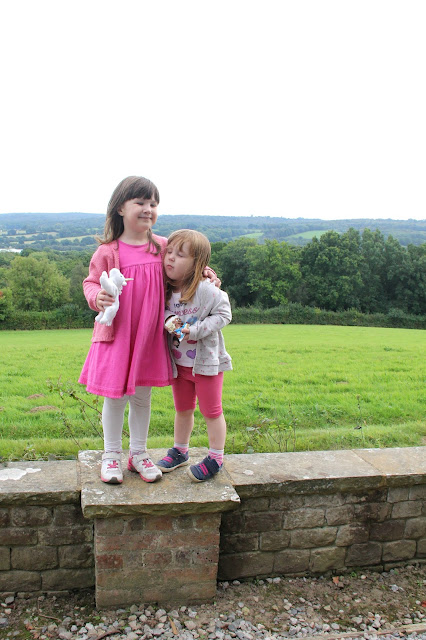 After walking along the stone wall Alice suggested a photo of the two of them. 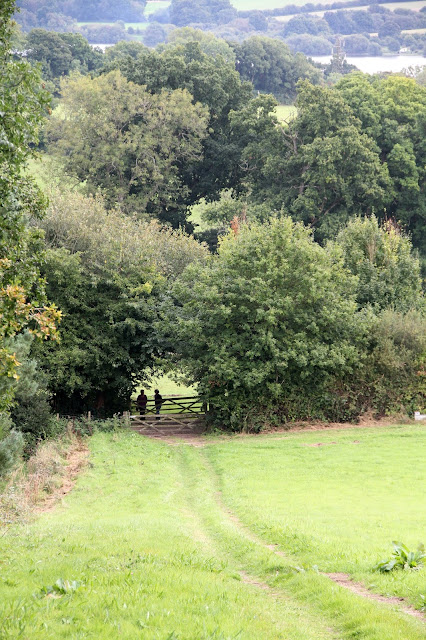 Looking down the hill 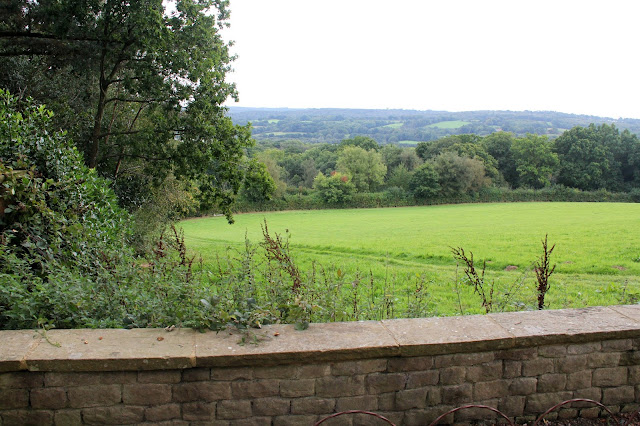 And looking into the distance. 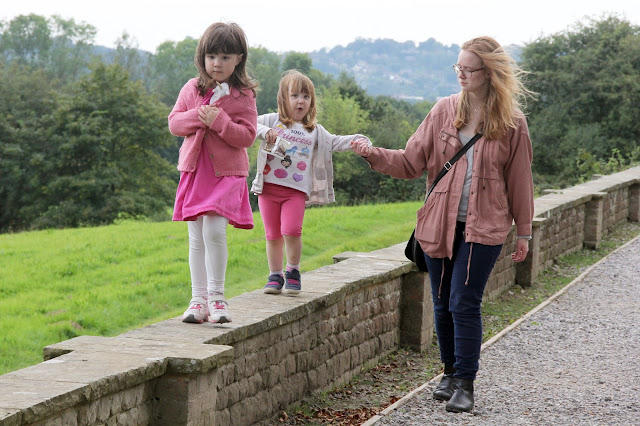 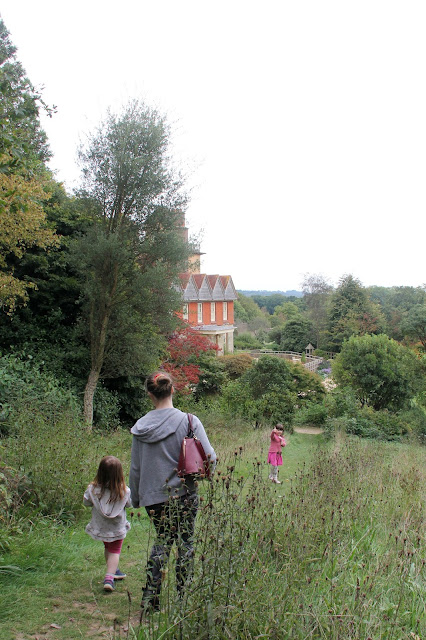 Making our way back to Standen house. 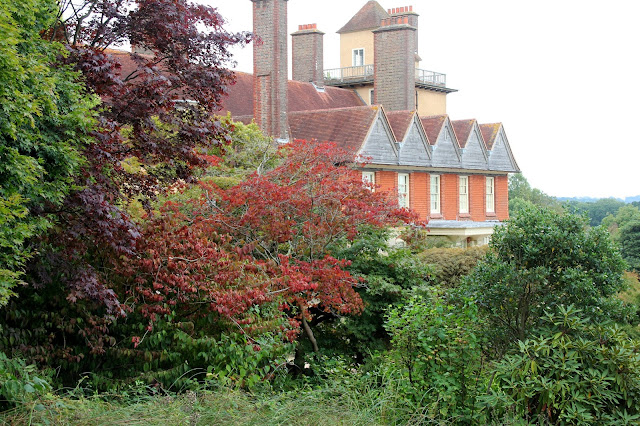 It's been a number of years since I've been to Standen but it felt so good to be back and walking around the grounds. There's such a lovely feel to Standen. 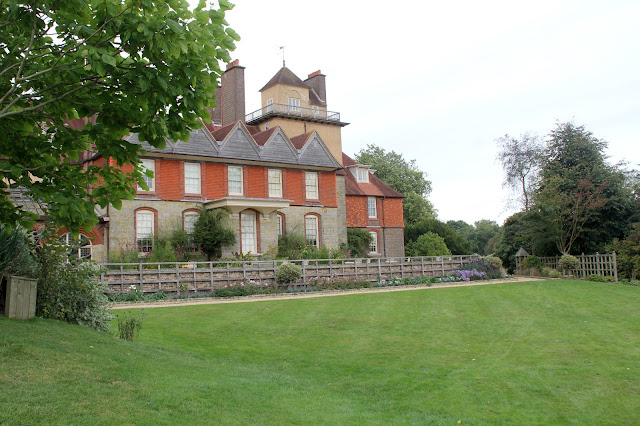 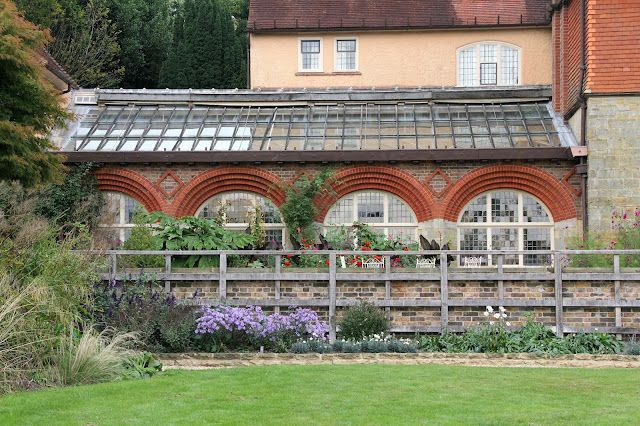 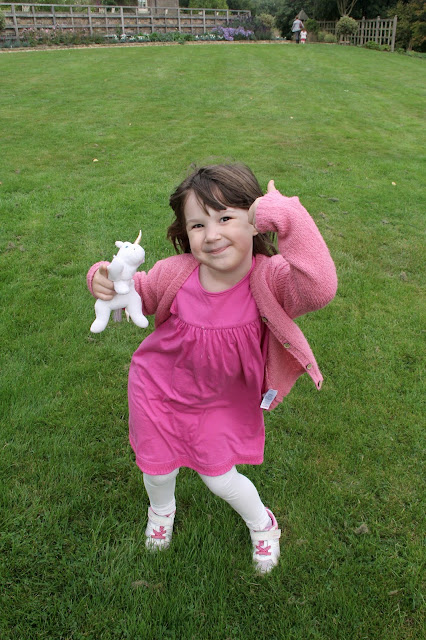 I think Alice enjoyed the afternoon :) 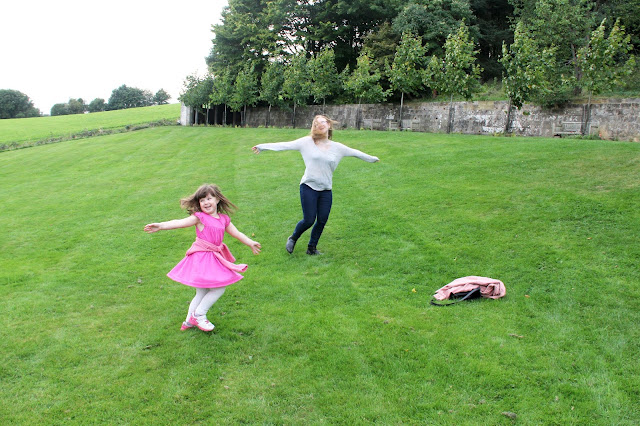 and she and Aunty Em had to finish with some twirling 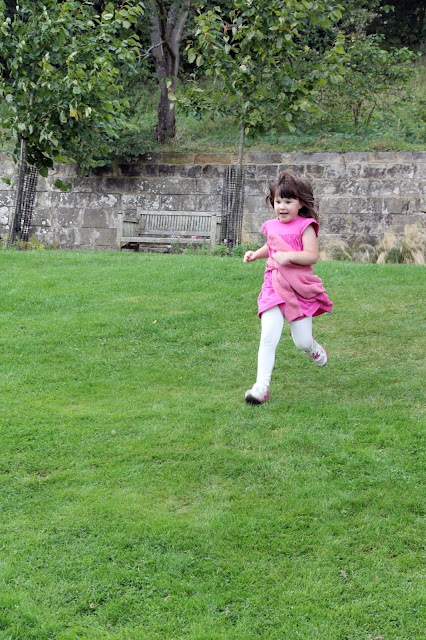 followed by running down the hill for Alice 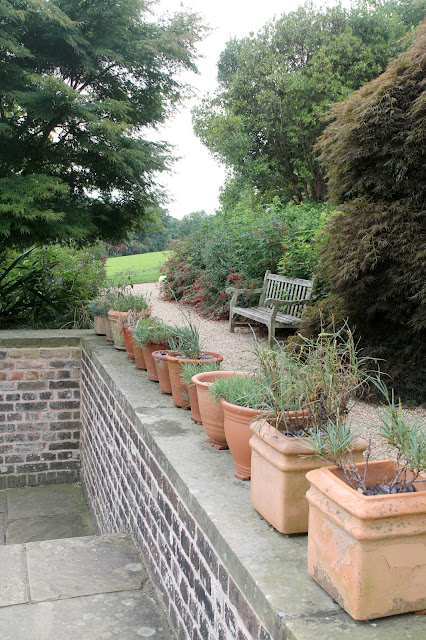 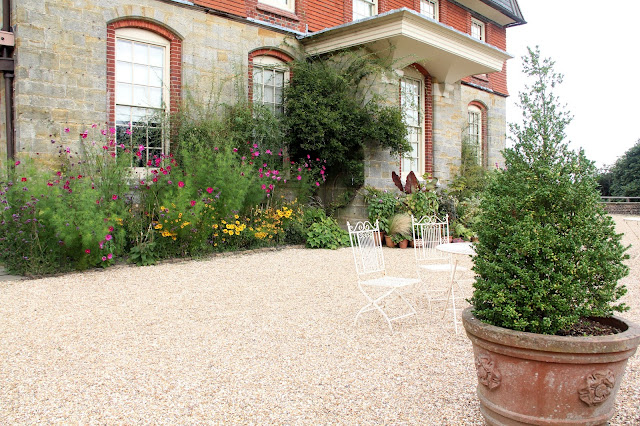 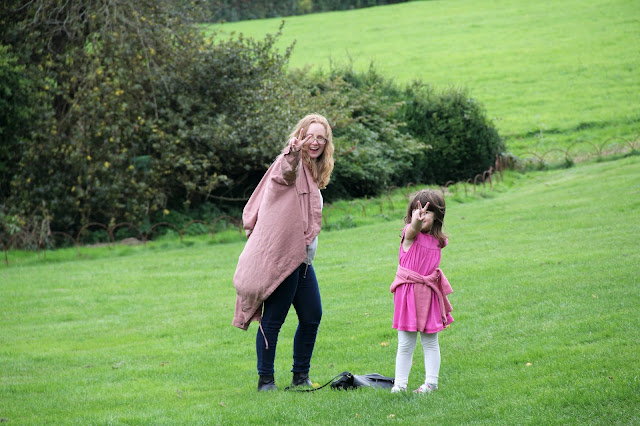 Once they'd finished, they came up to join me and Alice collapsed on one of the chairs. 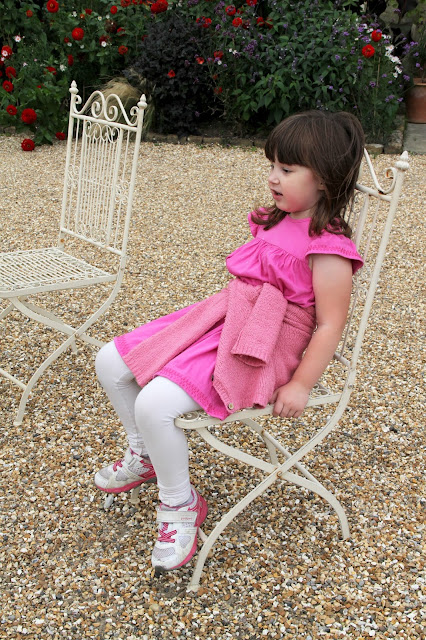 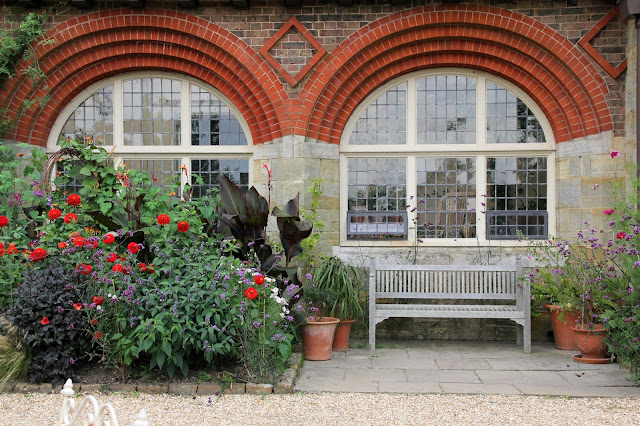 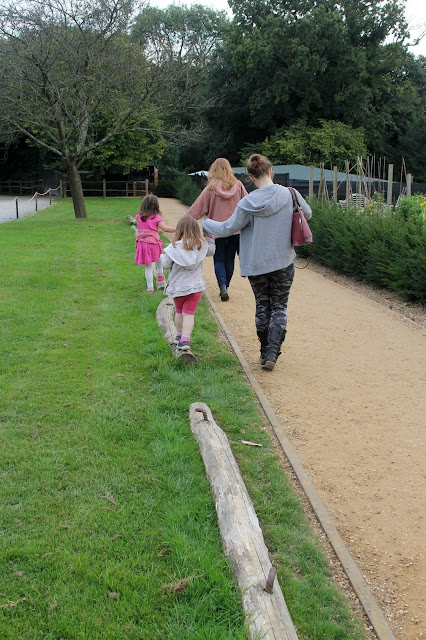 We left shortly before closing time and are now planning where to go next.