Working full time doesn't lead to many exciting photo opportunities during the week ;) and sometimes there aren't that many at the weekends either.  This is one of the reasons I hesitated before coming back to blogging.

So this week, I'm going to take you on our amble into town on Saturday.  We wanted to get out of the house and I needed to go into town and wanted to visit Mum, so let's start at the beginning ... 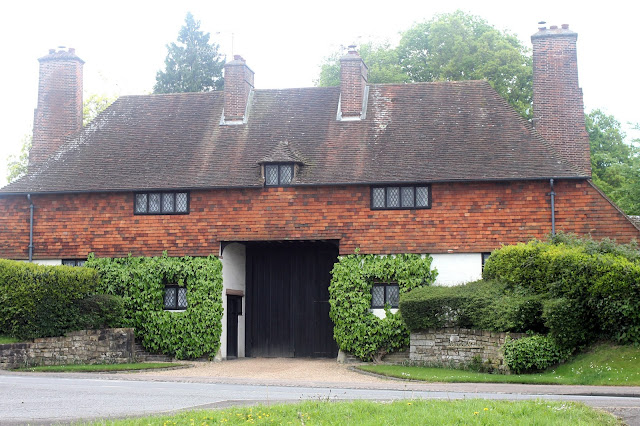 When we walk into town, we face a bit of a hill from the end of our road up to the main road.  When we started walking to work a couple of times a week we could judge how we were doing by whether we could talk while walking up the hill - I have to say, at first we walked in silence quite a bit!  Now we're noticing it's getting easier and we can generally chat on the way up.  When you get to the top of the hill, this gatehouse faces you from the opposite side of the main road.  I've always liked it and when the gates are open (which isn't very often) you get a beautiful view. 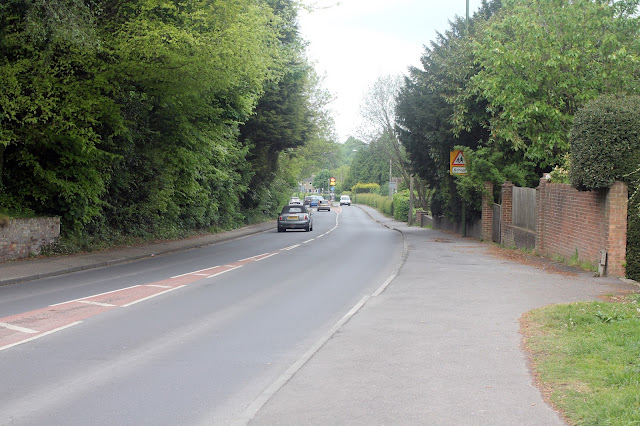 We turn right at the top and walk along the main road towards town.  It can be a busy stretch of road in the mornings as we have a Primary and Senior school just up on the right hand side. 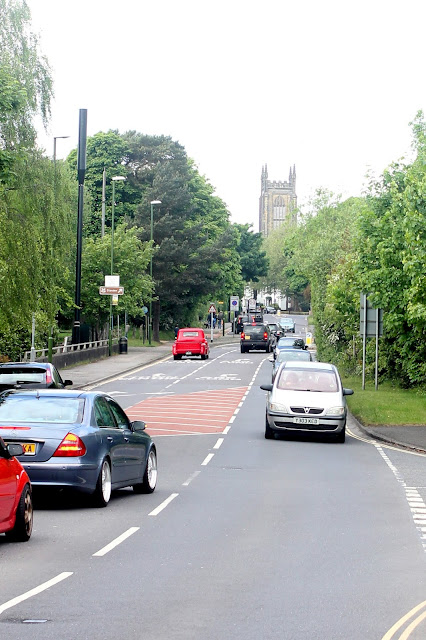 St Swithun's Church tower is a landmark in the centre of town and can be seen from miles around. 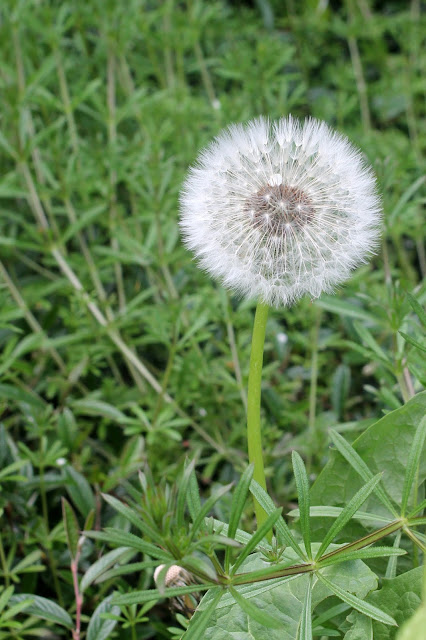 There's something about dandelions that makes me want to try and take a decent photo.  If I were ever to get a tattoo I think it would be of a small dandelion with the seeds blowing away - free and starting out on a new journey! 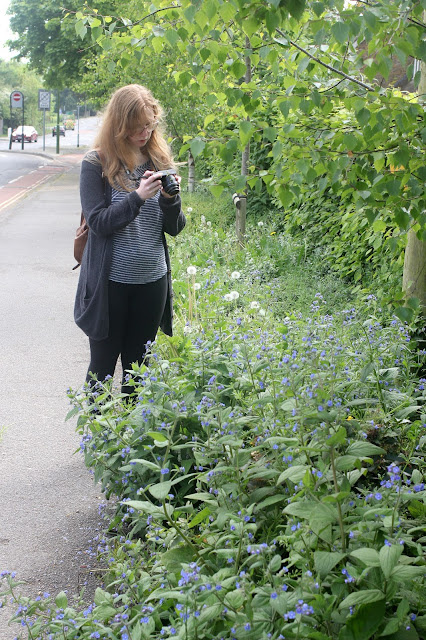 Emily had also brought her camera to do some filming as we walked around.  We were a bit like tourists in our own town. 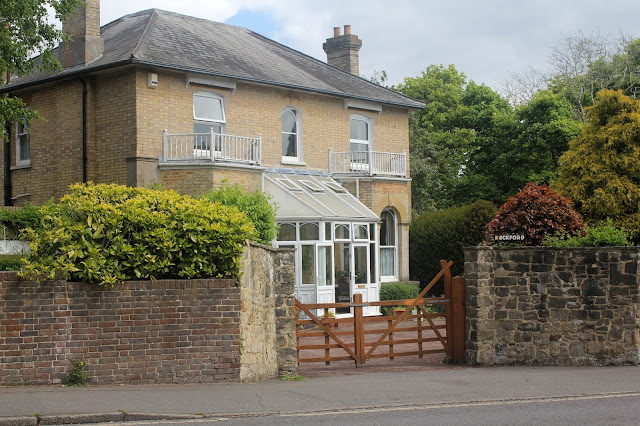 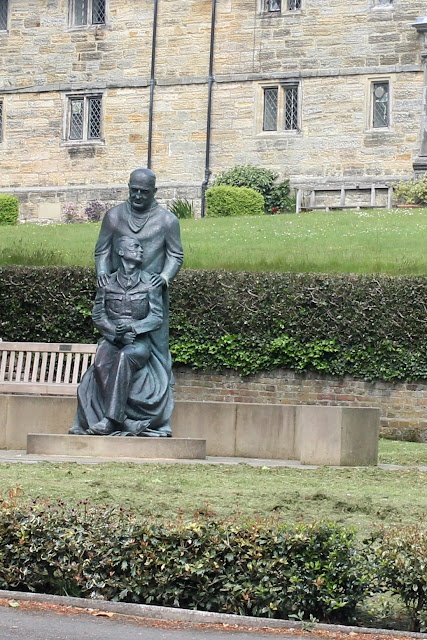 This statue is of Sir Archibald McIndoe who was a plastic surgeon at the Queen Victoria Hospital during the Second World War, treating badly burned RAF pilots and bomber crew, including a number who flew in The Battle of Britain. His patients formed The Guinea Pig Club - the name was chosen to reflect the pioneering nature of Sir Archibald's work as he developed procedures and treatments which were new to plastic surgery. 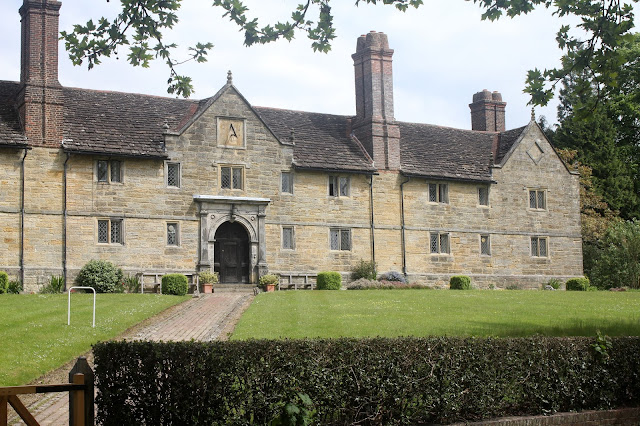 The statue stands in front of Sackville College which is about 400 years old.  It is a Jacobean Almshouse which was built by the Sackville family in the 1600s.  It is still in use as an Almshouse today. 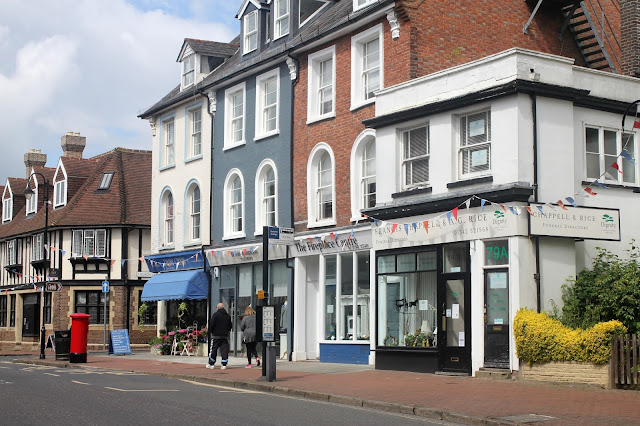 This little parade of shops is just past Sackville College.  Going from right to left is the funeral parlour, The Fireplace Centre, a bespoke tailors and Daisy Chain florests. 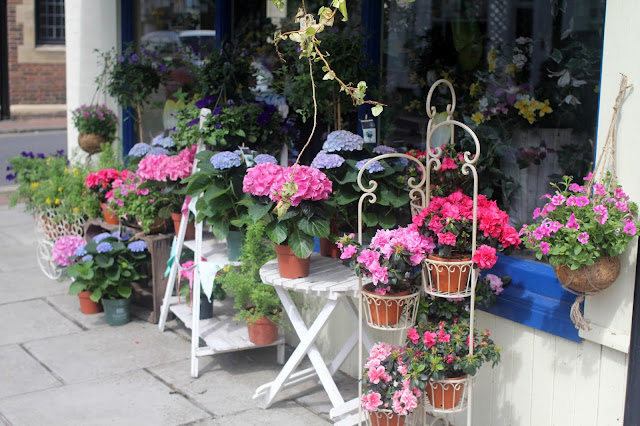 Daisy Chain always have a pretty display outside and in their windows. 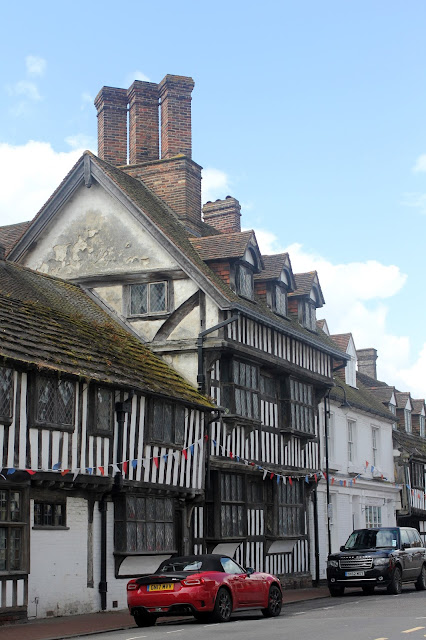 I love the old buildings in our High Street which date back to the 14th century.  I once did a walking tour with the school when Emily was in Junior school and it opened my eyes to the little details in these buildings - it was fascinating.  During summer we often see tour guides in town explaining the history to visitors. 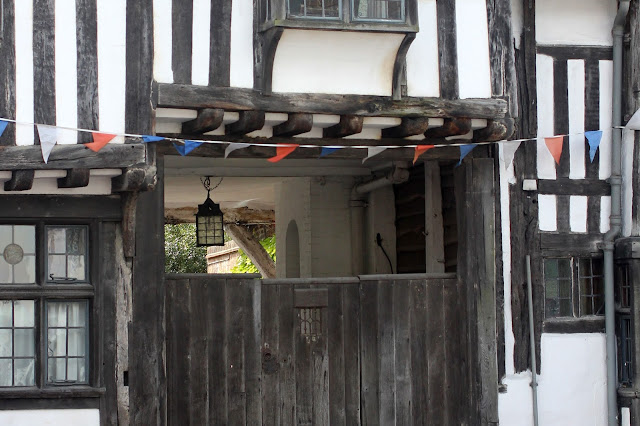 This lamp hanging above the gate always catches my attention. Other things I notice are the old drainpipes, the chimneys and the carving on some of the buildings. There is so much history here. 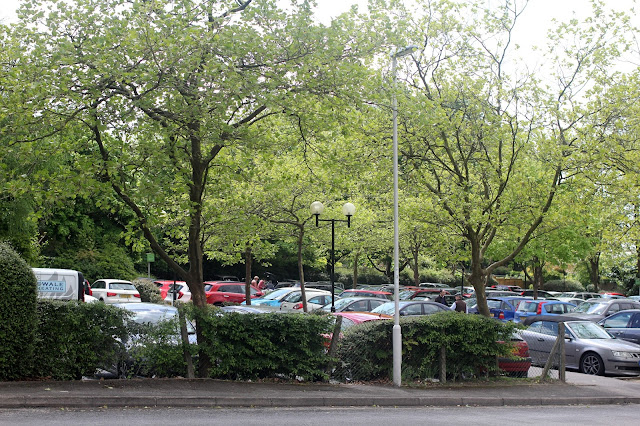 I'm afraid once we got into the centre and started browsing in the shops the photography was forgotten for a while.  However, as we started to make our way towards Mum's house, I had to take a picture of the Waitrose car park of all places.  Although it's a car park, it can be so pretty - in Spring and Summer I love as the new leaves come out on the trees and it looks so bright and fresh.  In winter it's the lights glowing in the evening or the snow lying on the ground.  Can you call a car park pretty?? 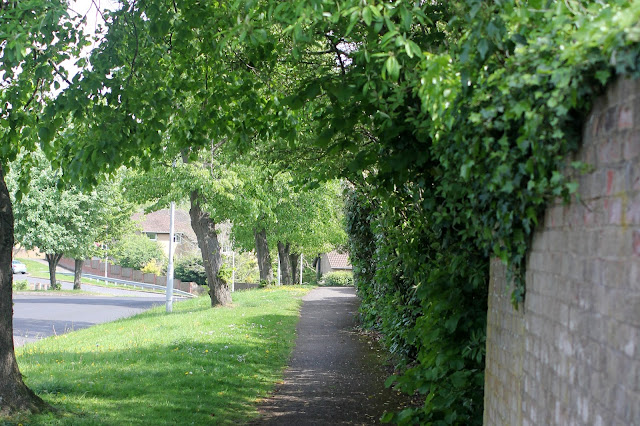 We made it down to Mum's and stopped to have some lunch with her and a chat.  We've all had colds this week and unfortunately Mum's was worse than ours had been.  Going home we carried on down the hill taking us in a circle back to our house. The sun had come out by now and it was very pleasant. 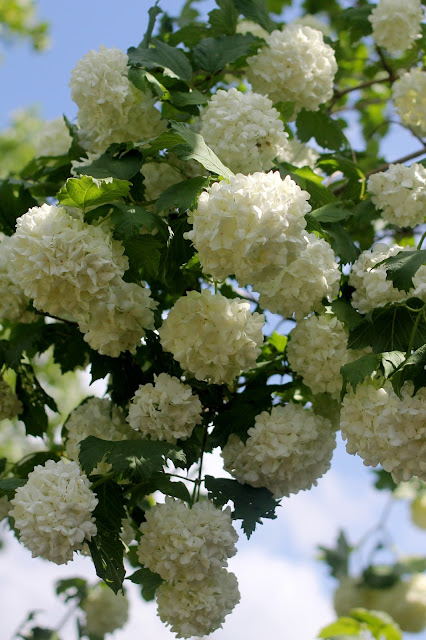 I'm not sure what this tree is but it was covered in masses of these pom pom like flowers. 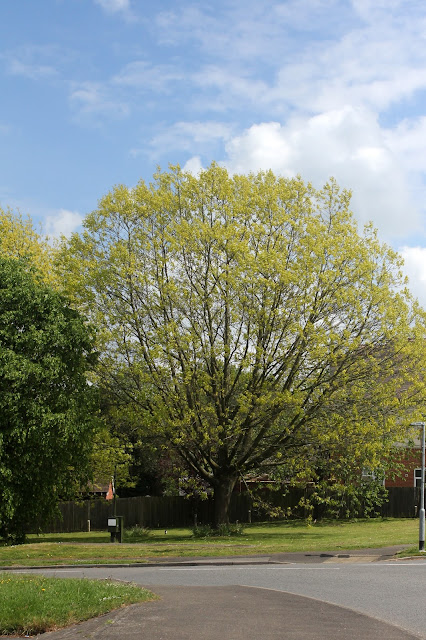 Back at the top of the hill again and we're on the main road once more and on the homeward stretch. 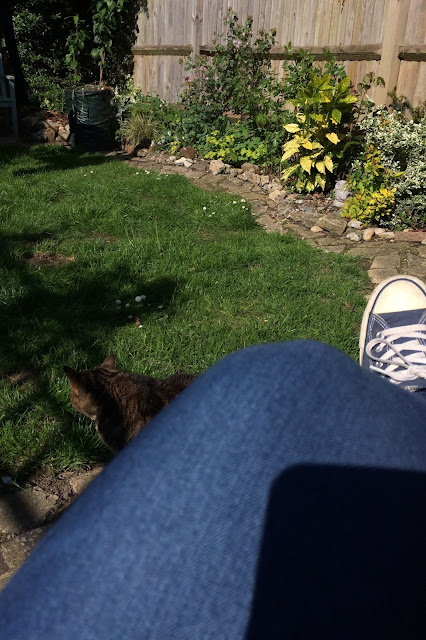 I did enjoy sitting outside with a cup of tea and my book after all that.

Email ThisBlogThis!Share to TwitterShare to FacebookShare to Pinterest
Labels: East Grinstead, On our walk